Keto for Kids: Is Keto diet suitable for Kids? 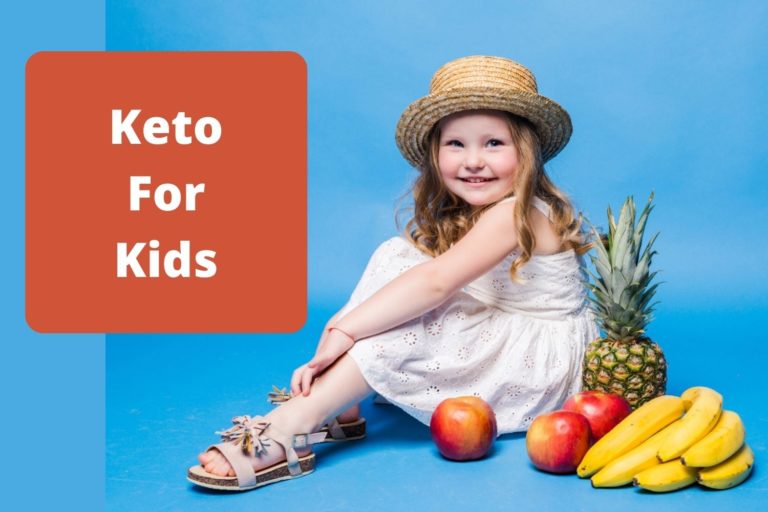 The ketogenic diet is quite known to be an excellent diet plan for adults but people especially parents are intrigued that is the keto good for a kid or not. Most people have this perspective that keto is not good for kids or teens because it has a very low amount of carbohydrates in the diet plan which can cause a disturbance in the physical and mental development of the child but the reality is that we all know that kids are tend to eat more unhealthy foods than the healthy options and because of that reason childhood obesity is very common. In this regard, the keto diet is a very healthy and nutritional choice for the kids because it is perfectly balanced even according to a child’s needs and it enables the kids to pursue a healthy lifestyle rather than munching on unhealthy sweets and foods. Here is a detailed article that will help you to understand everything about keto for kids.

What is the Ketogenic Diet for Kids?

The ketogenic diet for kids is the same as for adults which is high-fat, low-carbs, and moderate-protein ratios. This set of macronutrient percentages help kids with obesity, brain disorders, high blood sugar levels, and gut problems. At an early age, it is very important to fill up the body with nutrients so that the development and growth process can get more benefited but according to many studies, it has been observed those kids aging for 1 to 10 years usually eat 10 to 25 table of sugars per day which is very unhealthy and toxic for the kid’s health.

So, adopting a nutrient-dense and healthy diet plan like keto is a very good option as it provides all the macronutrients and micronutrients to the kids in the right proportion which helps them with their developmental stage and also it suppresses the risks of diseases in the kid.

Is Keto Safe for Kids?

The keto diet has been great for kids with problems like epilepsy and obesity in the past, but now people think that it is not safe for kids because it has a lot of fat and no carbs, the actual problem is that the parents do not follow the correct guidelines for the ketogenic diet as if a kid wants to start a keto diet, they should use the right diet plan which includes a lot of dense nutrients and also the best healthy oils. The keto diet is completely safe for kids and it is far better than having your kids on an eating pattern that involves tone of sugars and unhealthy carbs as this diet plan are healthy as well as natural which will help to boost the energy levels, brain functions, metabolism and growth process in the kids and teens.

Ketogenic Diet the Best Treatment for Epilepsy in Kids. Why?

Epilepsy is a brain disorder that involves an electrical imbalance in the brain that causes seizures, this disease is very common in kids and back in the day, epilepsy was the main reason behind the formulation of the keto diet. It helps the physician to treat the disease without imposing too many medical drugs on the kids, and the keto diet assists in controlling the seizures. Scientific researchers have considered that the keto diet is one of the best treatments for epilepsy.

The ketogenic diet enables a person to increase the number of ketones in the body and as we already know that the brain likes ketones and it helps to boost neuron development and brain functioning which assists the person to treat brain disorders as suggested by many health studies and researches.

The keto diet is not only great for epilepsy in kids but is also good for other brain abnormalities such as poor concentration, short memory problems, brain injury, and dementia.

Is the Ketogenic Diet the Best Solution for Childhood Obesity?

Childhood obesity is very common in the USA and other countries as the younger generation tends to follow that diet plans that contain huge amounts of sugar and unhealthy carbohydrates and fats which results in the growing problem of being overweight at such a young age. Also, researchers have concluded that this thing becomes the root cause of diseases such as diabetes, hypertension, heart problems, and high cholesterol levels in the elder generation because if do not have a healthy diet plan then it is going to harm them in the adult age.

So, to deal with this problem of obesity keto diet is one of the best solutions that kids and teens can adopt to improve the quality of their lives by switching to a nutritional and good diet plan.

How Many Carbs Does a Kid Need a Day?

Carbohydrates for kids are overrated as parents think that it is the most important nutrient for their kid’s health but the truth is that every nutrient holds the same importance and each one of them has to be in the diet in balanced proportions. The carbohydrates amount that a kid needs on daily basis is very variable and it nearly falls between 25 to 30 % on per day basis but the mistake here is that the carbohydrates in a kid diet are mostly coming from bad sources such as unhealthy grains, snacks and packaged food which is not for the health of the children. So, having a diet plan such as keto for the kid is a very healthy option to make as it provides the perfect amount of nutrients, and also the source in it is natural, organic and 100 % grass-fed which is beyond amazing. Having a healthy diet plan is just one of the perks of the keto diet as it has a lot of other benefits such as weight loss, weight management, prevention from chronic diseases, and proper functioning of the human body.

What Foods are Allowed on the Keto Diet?

Following is a brief list of foods that are allowed on the keto diet:

What Foods are not Allowed on the Keto Diet?

Here is the list of foods that are not allowed on the keto diet which are: Here are some of the tips that you can follow when planning a keto diet plan for a kid or teen:

Keto for kids is an excellent thing to pull off, as it helps the individual to have a better and nourished lifestyle and not only that this diet plan also reduced the risk of chronic diseases such as diabetes, hypertension, cancer, and heart problems which a kid can have over time he or she is in the adult age. The best thing is to do the ketogenic diet correctly according to your kid’s requirements and needs because only then you will have the optimal results.